The Land of Opportunity? The Destruction of DACA Says Otherwise. 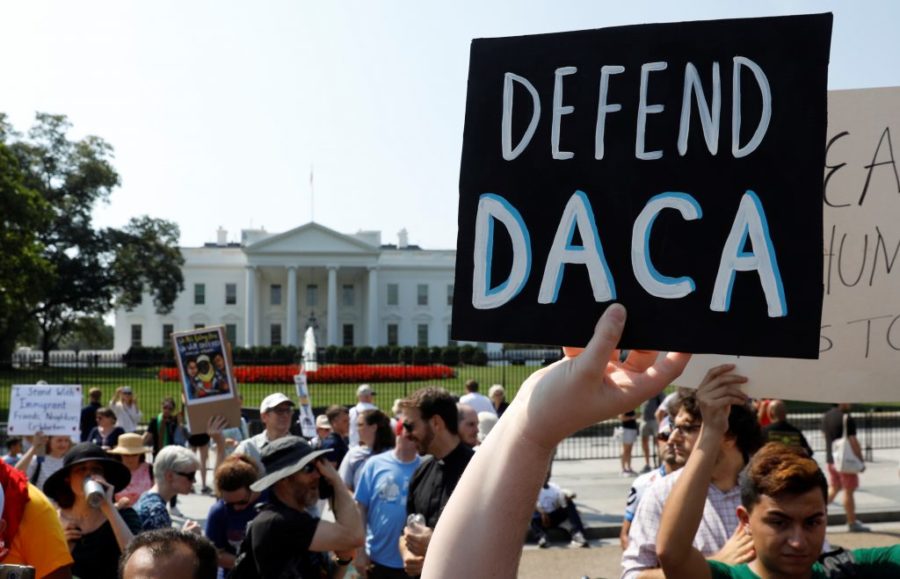 “Give me your tired, your poor, your huddled masses yearning to breathe free.” These words, found at the base of the Statue of Liberty, have greeted generations of immigrants journeying to the United States in search of a better life. Dating back to its inception, the U.S. has prided itself as being the “land of opportunity,” a place where all are welcome to pursue their dreams. However, the United States’s treatment of the immigrants who choose to come to this country tells a different story.

In 2012, President Barack Obama announced a policy known as Deferred Action for Childhood Arrivals, or DACA. This policy was aimed at DREAMers who were brought to the U.S. as children, and allowed those who qualified for the program to avoid deportation and obtain a work permit for two years at a time, renewable thereafter. There are currently roughly 800,000 DREAMers benefiting from DACA living in the United States.

However, in September 2017, President Donald Trump announced his plans to end DACA. He set March 5, 2018 as a “deadline.” After this date is reached, the roughly 800,000 recipients of DACA living in the United States today will be vulnerable to deportation, as well as the loss of their work permits. Congress is currently attempting to work with the President on creating a deal which would keep DACA while setting aside funding for the construction of a border wall along the U.S.-Mexico border. However, failure to agree upon this deal has already led to a recent government shutdown in January, and it remains up in the air as to whether President Trump and Congress will be able to come to an agreement on this bill.

The clock is ticking for DACA recipients, and if the government is unable to come to a decision on this policy soon, the lives of all DREAMers will be catastrophically affected. DACA recipients across the country will be subject to the loss of work permits, and even deportation, despite the fact that, for most recipients, this country is the only home they have ever known.

Gomez, Alan. “There Are 3.6M ‘DREAMers’ – a Number Far Greater than Commonly Known.”