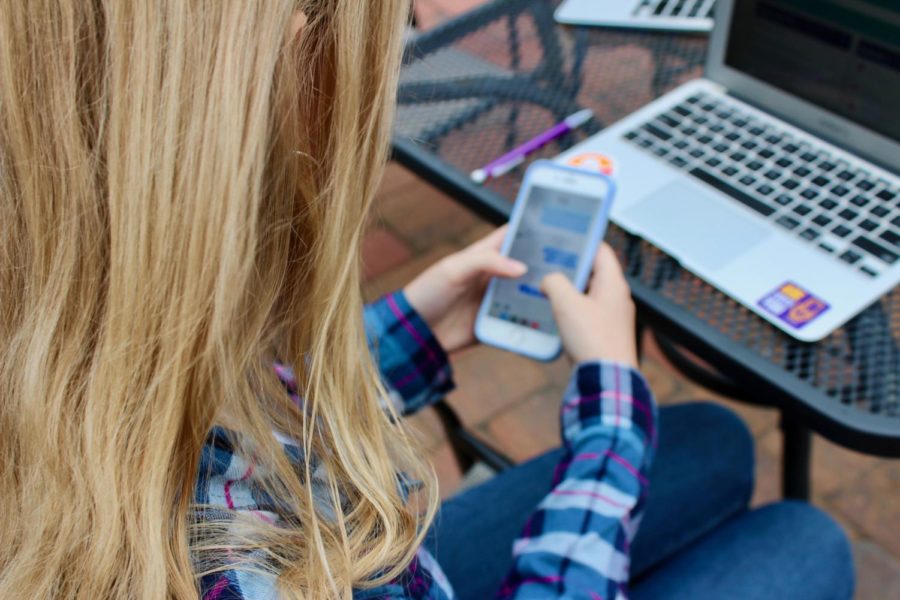 A new year at Nerinx Hall brings many new changes, one of which is relaxed rules on cell phone usage during the school day. Students can now have their phones out during contact period and during all lunches in the cafeteria; however, if they are caught on their phones outside these allotted times, they are fined $25. This new policy was instituted after the administration sent a survey out to students last year and collected feedback during town hall meetings. “We wanted to send the message that we heard [the students],” Associate Principal Crenshaw says. “There are certain times when [phone usage] is appropriate, and we wanted to protect the academic time.”

In years previous, the first time a student was caught with a phone out, she was given an “Off the Mark,” or OTM. Additional infractions resulted in a $25 fine and parents coming in to retrieve the phone.  “The [new] phone policy is positive,” Mrs. Crenshaw remarks. “Most people are following the rules.” Since the new policy has been implemented, Mrs. Crenshaw has observed a decrease in phone violations from students, especially upperclass students.

However, the effects of the new phone policy may not be entirely positive. There are concerns from all grades that the increased screen time will decrease student interactions. Twenty percent of the 218 Nerinx students surveyed think that students do interact less because of the policy. “People don’t socialize as much,” frosh Allison Carosello says. “They are always on their phones taking videos or checking social media.” Other Nerinx students expressed concern for the frosh.  “The sophomores and especially the freshmen are just getting to know each other,” remarks a Nerinx senior. “I wish they didn’t have that crutch.” Several seniors have suggested that the policy be an upperclass-only privilege. “I think that underclassmen need to be making friends and not hiding behind screens. It’s hard to put yourself out there, but it’s easier if you don’t have another option,” says senior Jackie Danter.  These seniors fear that the new policy would make forming new friendships a challenge now that students are able to hide behind their devices.

Despite several scattered concerns in the student body, the Nerinx community as a whole has excitedly embraced the new phone usage guidelines. Eighty-seven percent of surveyed students enjoy having their phones out during contact and lunch, and 69% of students believe that student interaction is not impacted by the phone policy. “It’s a good idea because people aren’t as compelled to take their phones out when they’re not supposed to,” junior Zoe Coffman points out. Many students appreciate the opportunity to update their parents on their school day, interact with friends from other schools, and share photos and messages with their peers.

As society becomes more and more technology-dependent, schools must find the right balance between screen and personal time. Although opinions about the policy differ, Nerinx continues to be open to development. The new cell phone policy may have its pros and cons, but its institution gives Nerinx girls power to manage their time and make choices about their phone usage, allowing students to truly know and adapt to their ever-changing world.