What to Watch: Oscars Edition 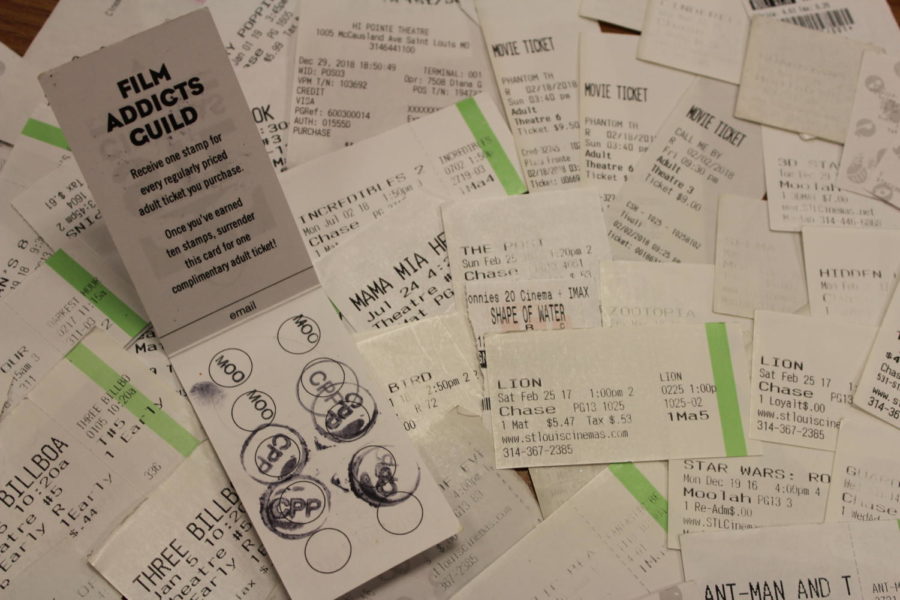 Sunday, February 24, at 7 P.M, celebrities took the stage to celebrate the most highly-acclaimed movies of the year. This year, I saw all the movies nominated for best picture, and here is what I thought:

Starring Christian Bale, Steve Carell, Amy Adams, and Sam Rockwell, this film is a unique documentation of Vice President Dick Cheney’s rise to power from an internship to control of the country. Instead of the dreary political accounts filling movie theaters in the last few years, this film is a comedy. This movie makes use of voiceover, cutting back to a familiar narrator throughout the story. Slow motion cuts, use of music, and photo slides make the movie unique. Audiences will be laughing, shouting, and gasping and leave the theater shocked at the bold choices made in the movie.

This movie is an unexpected account of Queen Victoria. It is a gripping tale of love, manipulation, and hunger for power. Lady Sarah is Queen Victoria’s closest confidante and controls most of Queen Victoria’s political decisions. Emma Stone plays Abigail, a disgraced lady who starts getting cozy with the queen and Rachel starts getting jealous. Drama ensues, complete with unexpected language and comedic moments. The overexaggerated themes in the movie keep viewers wondering up until the very last moment of the film.

Starring John David Washington and Adam Driver, this movie tells the gripping true story of two undercover detectives— a black man and a Jewish man— who try to infiltrate the Ku Klux Klan. This film maintains a balance of comedy and hard truths, leaving the audience satisfied but uncomfortable, as they should be. The use of music in this film brings the drama and tension to new heights, and the leads deliver stunning, real performances. This movie is a must-see for all.

Perhaps one of the most popular movies nominated for Best Picture, this is a film that has been loved by fans and disputed by critics. Bohemian Rhapsody tells the story of how the band Queen got started and Freddie Mercury’s life after he joined Queen and created some of the biggest hits of the last three generations. Rami Malek delivers a spectacular performance as Freddie Mercury and the movie is visually and sonically dazzling. Criticism includes some arguments that the film is not accurate to the reality of the band, and sexual harassment accusations faced by the director, Bryan Singer, may cause some viewers to steer clear.

Roma is something different. Entirely black and white, it tells the story of what it’s like to be working in the lower class in Mexico, and what life is like for the wealthier classes, as well. Some scenes are difficult to watch as the movie displays raw experiences of the characters’ lives, but as a whole, the  Alfonso Cuaron-direct film is beautiful, artistic, and subtle. It is mostly in Spanish, with English subtitles. Audiences praise Roma for its craft and beauty, not for its fast-moving plot or dramatic characters. Roma was also the first Netflix film to be nominated for Best Picture!

A Star is Born

While the narrative of an honest-but-unassuming young girl rising to fame and dealing with its pitfalls may seem cliche, this particular story is unique. Rather than allowing Bradley Cooper to dominate the film, Lady Gaga carries the movie, already a star in her own right. A Star Is Born tells the story of Aly, a singer-songwriter who catches the attention of famous singer Jackson Maine while performing in a bar. Although it is Maine who catapults Aly into stardom, she quickly gains confidence and poise of her own. Aly goes through a very raw struggle when her relationship with Jackson is affected by his alcoholism and drug use. She is faced with tough choices and heartbreaking situations, all while attempting to sell her image to the public. This raw portrayal of a woman balancing fame and love while remaining in control of her story  makes this movie worth the watch.

The first superhero movie to be nominated for best picture, Black Panther has broken several precedents. Starring Chadwick Boseman, Michael B. Jordan, and Lupita Nyong’o, the movie tells the story of the great nation Wakanda and the battle to keep it safe. This is also the first superhero movie to have a mostly black cast. The soaring shots and phenomenal acting in Black Panther make it a worthy candidate for Best Picture.

Based on a true story, Green Book tells the tale of Tony Lip, an Italian bouncer at the Copacabana who is temporarily out of work, and Don Shirley, a prodigy pianist. Don Shirley hires Tony Lip to be his driver when he goes on tour in the deep South, where the two must deal with issues of racism and homophobia. Together on the road, the two form an unlikely friendship. The film stars Mahershala Ali and Viggo Mortensen, who have been highly acclaimed for their performances. However, reactions to the film are a mixed bag. Critics call Viggo Mortensen’s role that of a “white savior,” and the way race is dealt with in the movie is slightly outdated. Many are outraged that this film got nominated for Best Picture, while If Beale Street Could Talk, a film based on acclaimed black author James Baldwin’s book, got snubbed.