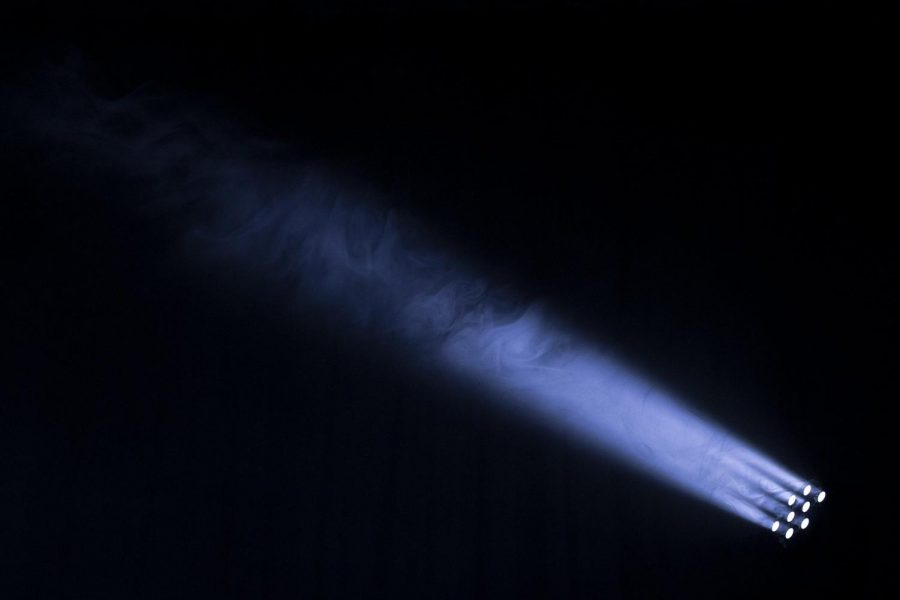 Though Nerinx’s Heagney Theater may not seem spooky at first glance, theaters all across the globe have been known to house ghosts, and ours is no exception. From acting classes and late night rehearsals to everyday uses of the theater, there are suspicions of a ghost lurking about.

Legend has it that the theater ghost roams around the stage, seats, and catwalks. According to various student accounts, this ghost hides in the darkest of corners during rehearsals, watching and waiting to perform onstage once more.

Usually, the ghost isn’t clearly seen when the theater is active, but the occasional shadow and unexplained noise occurs on a frequent basis. When the house lights are turned on, a blanket-like dark cloud hides the back row of the audience from view, providing a safe shelter for a ghost to reside in. Along with this, quiet hums and thuds can be heard coming from the catwalks during acting classes and rehearsals.

An anonymous junior supports the theory of the theater ghost by adding, “There is one door, closest to the stage and costume room. Sometimes it closes super softly and sometimes it slams shut.” Hers isn’t the only ghost story involving a theater door. Lexi Hennes reports that during her freshman year acting class, she and Mimi Lawyer were sitting on the stage one day when they had an unexplained encounter. As they were sitting on either side of a closed door, that door suddenly opened. Startled, they asked each other if the other one had opened the door. When they realized neither of them had, the only explanation left was the ghost.

According to Julia Moore, Nerinx Junior, “Some people do joke that the ghost is Mike.” These sounds could be coming from Mike Heinicke, technical director, who is often found performing various tasks within the theater. He is frequently bouncing from his scene shop to the catwalks, and he might just be the key factor in debunking the myth of the theater ghost.

Because of the popular legend of the theater ghost, many theaters set up a ghost light as a way of keeping peace with the ghost. Besides being used to illuminate potential tripping hazards, the ghost light supposedly also provides theater ghosts with the ability to see their surroundings in the pitch black theater. After all, every theater ghost needs a little light to shine in when performing onstage.

If you ever catch yourself in the theater during class, a late night rehearsal, or even after Mamma Mia!, be on the lookout for the Heagney Theater ghost. You never know when it may appear.